Some would say I am a little old to do the fancy dress thing. Still, yesterday I found myself in a semi attempt to be a Zebra whilst watching the rugby sevens at Twickenham (Safari themed – course). I managed to pull together a top, I draped a scarf around me and I whacked a bit of face paint on whilst sat at my seat. I was supposed to be watching the rugby. If I am honest we didn’t watch all that much of the rugby.

Sarah, one of my lovely two sisters, was up to join in the fun. In true Blue Peter style, she managed to create a top out of my leopard print scarf. Genius. So proud. After I had slapped some animal print on one side of her face we were raring to go. The atmosphere at these rugby events is electric. Gangs of friends meet, dress up and go wild. The outfits were outrageous. Every single time I tell myself I MUST make more effort next year.

Sarah and I had to sneak off before the end to make it to the show that we had booked to see. Well would you believe it. This show was none other than Some Like it Hip Hop which is back for another run at the Peacock Theatre. It was a must. I had to show my sis what I had been banging on about for so long. It didn’t disappoint. Oh and I am sure that wont be the last time I go. Obsessive? Maybe. Passionate? Crumbs – yes.

One of my favourite moments of the day was when we were on our way to the performance and suddenly noticed that we were looking a little odd. “Erm I am wearing a SCARF to the theatre”, shouted Sarah. Good point, well made. We giggled a lot and were thankful for our preparation of bringing along some face wipes at least. The poor person at the box office would have been more than a little perplexed at handing out tickets to a zebra and a leopard.

As we sat in our seats, perusing the programme (as if I didn’t know it off by heart already) I realised that it was exactly a week since I had seen a dance show. A week ago to the day I had been sat watching a ballet show in New Jersey. Watching a young lady called Stephanie – who had found one of my postcards in Paris. Now what a night that was. The full story of that evening deserves a post of its own. It was epic. 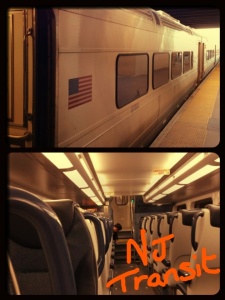 It was on the way to that show in New Jersey that I had decided to leave a postcard on the train. These double-decker trains are my fave by far. Both Paris and New York have them. Come on London – get involved. I had not really planned to leave a postcard but we were so giddy about the night ahead, it felt like a good idea in the moment.

I most definitely did not expect to hear back from this one. Nor hear back so quickly.

It was approximately 10 hours later that I received this message…….

“Just found your postcard on the NJ Transit train 7883 to Newark out of NY Penn Station.

A little about myself, well I just came back from watching Iron Man 3 which was awesome at Lowes 34th and from Lucy’s where I just had a few drinks so I’m a lil twisted, going to meet my friend and hang out some more.

Currently listening to Richie Spice, youth dem cold on Pandora cause I’m on my non stop reggae count down til my Jamaican holiday!

Big ups to your moms bless her soul” 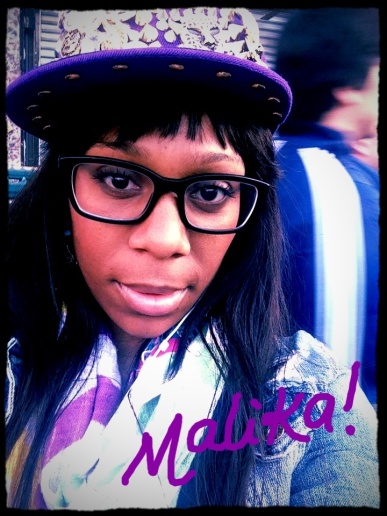 My first response from NYC and what a cracking one. So unexpected and I couldn’t believe how quickly I’d got something back. Malika – I hope you have an amazing time in Jamaica!

Now I’ve had a lot of ‘you are such a tease’ comments since I’ve been back from New York and people telling me I should write more in a post. You have to trust me – it’s far more fun this way! It’s worth the wait. I promise you – these responses are DEFINITELY worth the wait.

Catch you in a few days where I will tell you the whole story of the night that I met ballet dancer Stephanie. The night that Caroline and I ended up stranded outside a Dunkin Donuts in a remote part of New Jersey just moments before the performance was about to begin…..

One thought on “Safari Saturday and the New Jersey Transit”